When testing for alpha-1, serum level tests are not enough1

A genetic disorder can only be confirmed through genetic testing1 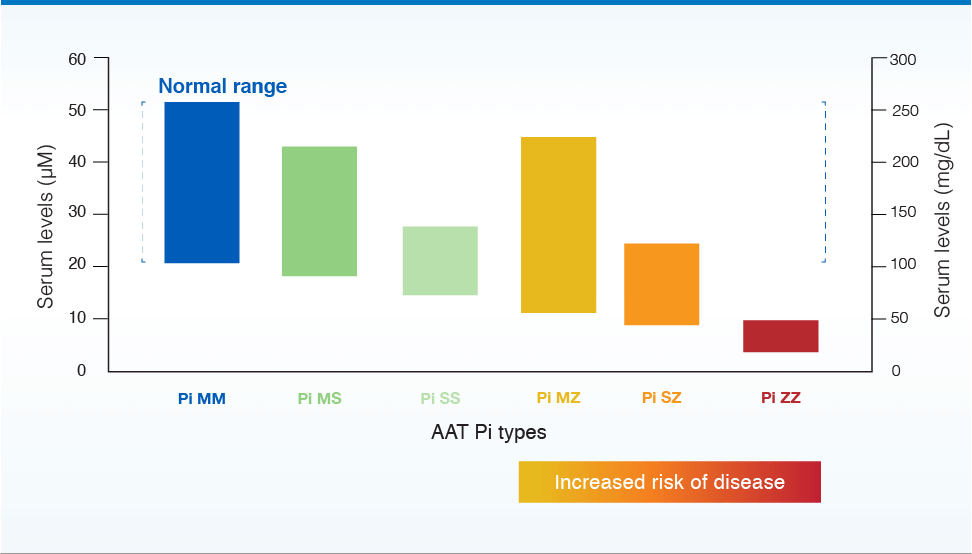 Since alpha1 antitrypsin is an acute-phase reactant, serum levels alone can be misleading and are not a complete diagnosis. A genotype test is therefore recommended along with a serum level test.2,3

Model based on an actual family tested for alpha-13 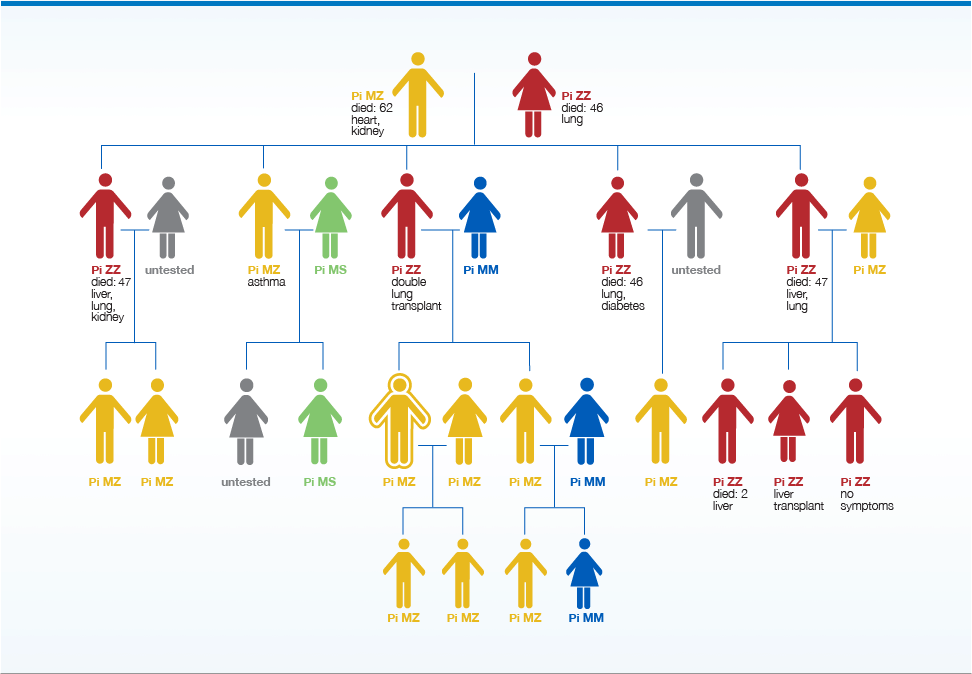 Any deficient allele should prompt an immediate discussion of testing the whole family.4

Patients with alpha-1 with at least one deficient allele have a genetic susceptibility to lung disease. Early testing is essential so that family members—if tested positive for alpha-1-may utilize disease-management programs to potentially improve patient outcomes.3,4

Get patient educational materials about alpha-1 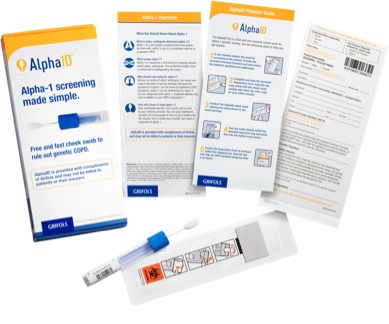 I think one of the problems is that [alpha-1] is such a rare disorder, at least it's considered a rare disorder. I know now, as an expert in alpha1-antitrypsin deficiency, it's not really rare, it's just rarely thought of, or rarely tested.

PROLASTIN®-C LIQUID is an alpha1-proteinase inhibitor (human) (alpha1-PI) indicated for chronic augmentation and maintenance therapy in adults with clinical evidence of emphysema due to severe hereditary deficiency of alpha1-PI (alpha1-antitrypsin deficiency).

PROLASTIN-C LIQUID is contraindicated in immunoglobulin A (IgA)-deficient patients with antibodies against IgA or patients with a history of anaphylaxis or other severe systemic reaction to alpha1-PI products.

The most common adverse reactions during PROLASTIN-C LIQUID clinical trials in >5% of subjects were diarrhea and fatigue, each of which occurred in 2 subjects (6%).

You are encouraged to report negative side effects of prescription drugs to the FDA. Visit www.fda.gov/medwatch or call 1-800-FDA-1088.